Column: Vaccinated and back at the movies, together 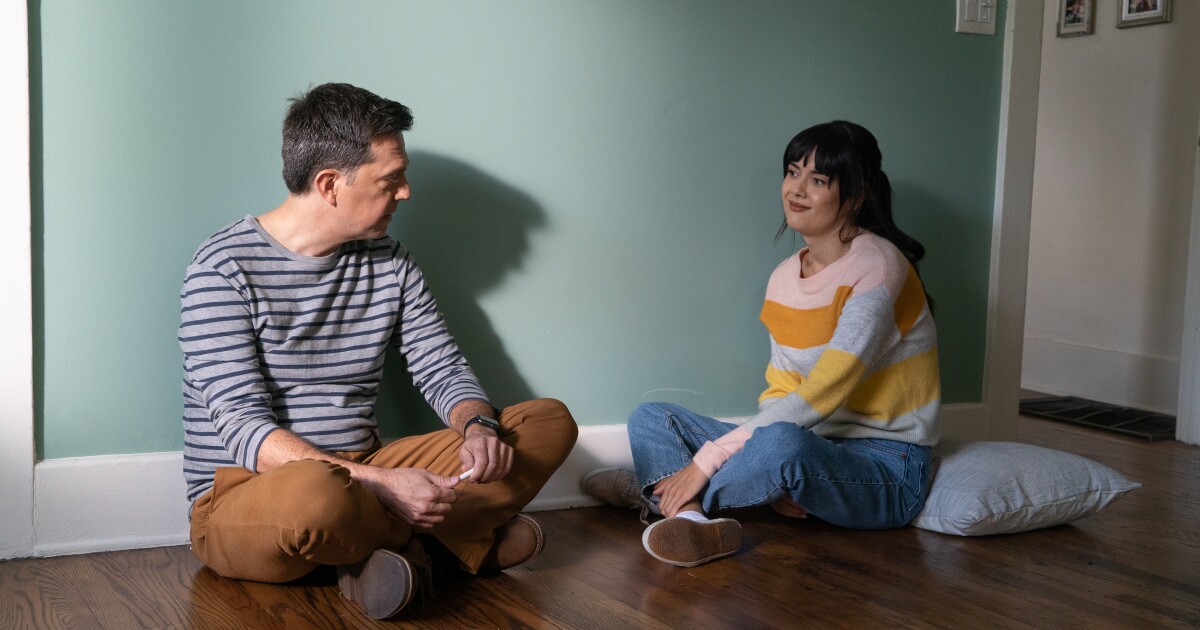 My husband and I went to the movies last weekend. I can’t keep in mind the last time we do that.

Either way, it was usually an expression of “it’s been too long” rather than “I honestly cannot remember. ”

But I honestly cannot. I visit a lot of movies, sometimes only for work but usually with one or all of the children. I love the movie encounter so much that I don’t also care if the actual film disappoints. Good or bad, it will have wrenched me from daily life and my own overcrowded head, ushered me in through the soothing popcorn-scented murmur of the lobby, burrowed me deep directly into darkness and returned me personally, dazzled in one way yet another, to sidewalk and vehicle with a thousand new ideas.

Even if those people thoughts run along the lines of “how on earth does [fill in the blank] still get to make movies? ” I am generally refreshed.

My husband is a bit more fussy. After two decades of taking children to movies he would otherwise have never seen in a million years (“Brother Bear” comes to mind), Richard is really just interested in the genre as soon as known as “art house. ” And while he will sit, rapt, through a live theater functionality so awful that half the audience bolts on intermission, he would rather neglect a movie entirely if there’s the slightest chance he can not like it.

He must be convinced that a superhero movie will be somehow more than a superhero movie (which is how we got him to see “Black Panther” and “Wonder Woman”) and will not see a horror movie unless it is subtitled. This individual definitely hard-passed on “The Turning, ” which may are already the last non-festival film I saw in a theater.

I recently found, in my coat pocket, seat tickets to “Bombshell, ” that the whole family saw at the Cinepolis High-class Cinema like a holiday treat. (Did I actually ever think a ticket stub for “Bombshell” would make me weep? No I did not, but neither do I imagine “The Turning” would be my last commercial theatrical experience for fourteen months. ) Probably “Parasite” was our last date-night movie, but honestly, I’m just guessing.

This made selecting the particular film to see on our fully-vaxed return both thrilling and daunting. If “The Turning” was my last, I actually definitely wanted my “first” to be a good one, plus that’s a lot of pressure to hold any movie. Especially considering that there haven’t been any kind of big openings yet apart from “ Godzilla vs . Kong , ” which usually we would not be seeing under any circumstances.

We desired to go to the Laemmle in Pasadena , the site of so many date-nights previous, which narrowed the options to 11. Would we be judged by the first movie we saw after the excellent pandemic? What if our selection wasn’t cool enough? More important, what if we picked one particular we didn’t like? What if all, because so many theater owners panic , these months associated with total control, in which we could simply switch to another movie if the one we were watching failed to captivate, had destroyed us for the theatrical encounter?

We could possess played it safe along with “Nomadland, ” “Minari” or “The Father” but we had already seen them (in my case, twice) plus, as a former TV critic, I just don’t buy the “you need to see it in a theater” argument, even when Frances McDormand makes it . (Sorry, Fran! I still love you! )

In the end we chose “ Together ” because the title appeared apt, and who does not like Ed Helms plus Patti Harrison ?

Right after staring at my genuine movie theatre ticket (well, bar code) with the kind of anticipatory thrill I have historically felt only in airports at the start of a vacation, I wanted to leave for the Laemmle instantly, never ever mind that it was three hours before showtime. We compromised and got there the half-hour early.

Even with all the jittery pleasure, it was strange how acquainted it all felt — the search for parking, the discussion about whether to sweet into Vroman’s first (before I reminded Richard we have never spent less than 30 minutes in a bookstore), the buttery bright smell of that movie theatre popcorn.

Yes, there were arrows and social-distancing marks on the floor, an incredibly thorough guide to hand-washing on the bathing room mirror and masks upon every employee, patron and even every character in the film posters on the walls.

But otherwise everything else had been exactly the same. The patterned carpeting, the old-fashioned theater chairs, the hushed but ringing silence of a theater before the lights go down and the trailers begin. We were two associated with perhaps a dozen audience members, most of an early vaccine-eligible market, and we huddled together in highly distanced groups, removing our masks to eat or drink and then putting them back on again.

Then the lights went down and for two hours it was as if the pandemic did not exist, had never happened. “Together” was nice and smart and funny enough, but even if I had hated it, I was on the movies . A haven from heartbreak, anxiety and bad weather conditions of all sorts, a place associated with necessary solitude, romantic anticipation, friendly bonding and familial celebration.

After a year of packed isolation, there were no interruptions from kids needing something; no ambient distraction courtesy of close by leaf-blower or power tool; no hitting pause to check if ever the meatloaf was done however. Having committed to it, the feeling was literally out of our hands. I couldn’t make use of this time to also sort washing or check my email messages or do the dishes; could not carry this screen from one room to another to see what the dogs were barking at this time or balance it over the counter while I did the dishes.

I was at the movies and for two glorious hrs all I could do had been watch and listen and become.

That and fidget in my seat pretty much continuously. About an hour in, I pondered when the Laemmle’s seats experienced gotten so uncomfortable prior to realizing it was me. Except for my recent in-flight viewing of the Oscars, I am no more accustomed to watching two hrs of anything in a fixed and upright position. Instead, I drape, and slump, and lean or, when watching on a personal screen, go horizontal. (I feel as if the post-pandemic workspace is going to require a lot of personal sofas. )

But remaining upright is something I am more than willing to relearn if I can do it in communal glory, if once again I can sit with the fellow humans in locations that demand mutual regard of space as well as atmosphere. I can’t wait to get my seat on a subway, at a concert, in a theater. I long to improve my posture and abs with all the bleacher seating workout therefore beloved by parents associated with basketball players.

But it may take some exercise, which is yet another reason to return to the movies: Restore your powers of concentration plus improve your posture while watching film and eating popcorn! It is going to feel like you never left, with any luck, we will never have to leave again.

“Together, ” I swear I will never forget.