‘I said what I said’: Dan Cruise stands by that will infamous COVID-19 safety rant 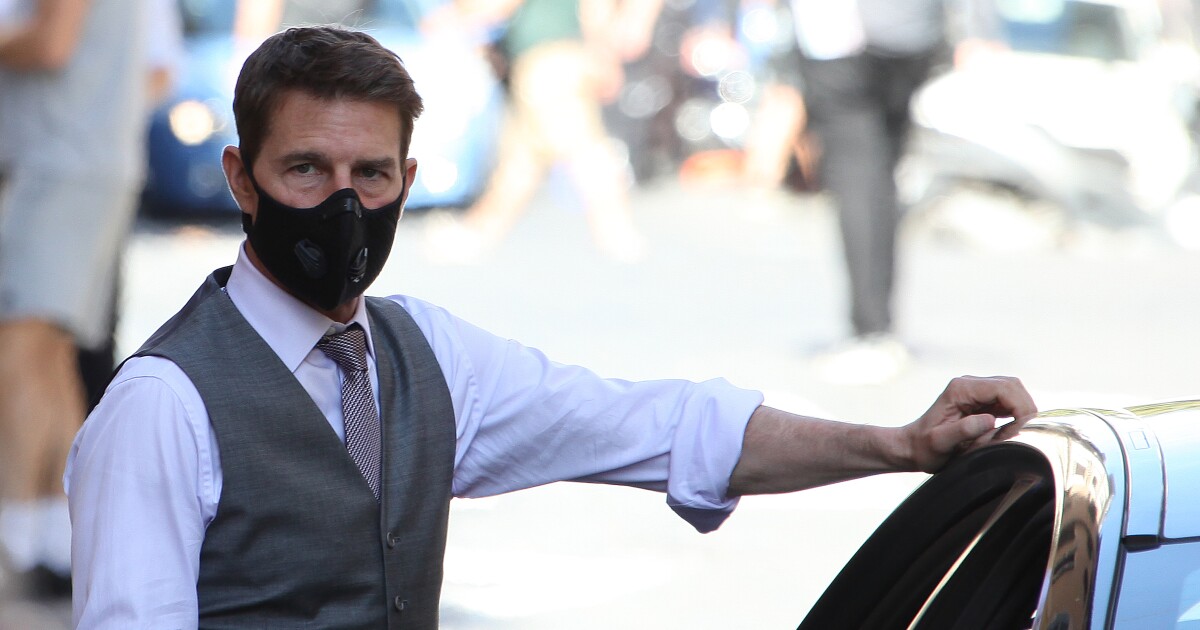 Where were you when audio leaked out of Tom Cruise unleashing an expletive-ridden rant for the crew of the seventh “Mission: Impossible” movie?

In December, a shocking soundbite of the Oscar-nominated actor berating the “Mission: Impossible” creation for supposedly violating COVID-19 safety protocols divided the internet.

On Monday, Cruise finally dealt with the viral moment, duplicity down on their explosive reaction to an incident in which staff members reportedly broke public distancing guidelines while collecting around a computer on set.

“I said what I said, ” the particular action star told Empire magazine in a recent interview. “There was a lot on the line at that point. ”

Right after Cruise — who generates and stars in the “Mission: Impossible” films — has been caught on tape threatening to fire his employees, some praised your pet for taking COVID-19 regulations seriously, while others saw his aggressive retaliation being an abuse of power.

For what it is worth, Cruise clarified to Empire that he wasn’t shouting in front of his “entire team, ” whom he questioned to leave the set while he reprimanded “select people” for their behavior.

Cruise admitted that, in the moment, he became “very emotional” at the prospect of production on “Mission: Impossible” shutting down once again after it had already been delayed twice — when COVID-19 first hit European countries and then after filming started again because of an outbreak on set.

“All those emotions were dealing with my mind. I was taking into consideration the people I work with, and my industry, ” he told Empire. “And for the entire crew to know that we’d started rolling on a movie was just a huge relief. ”

“And here we are, continuing to movie, ” he added, prior to joking that he’s readily available for “Zoom parties and kids’ parties also, you know! ”

Several people weighed in on Cruise’s polarizing outburst last year, which includes George Clooney, who agreed with his fellow actor’s sentiment yet said he would have dealt with the situation differently “in a position of power. ”

For those who don’t have Cruise’s severe words seared into their mind, here’s a little excerpt to jog your memory:

“I am away from apologies, ” he says in the recording. “We are not turning this f— movie down. Is it understood? If I see it again, you’re f— long gone. And so are you. So you’re gonna cost him his job. If I see it around the set, you’re gone and you’re gone. That’s it. Am I clear?

Cruise confirmed to Empire that the latest “Mission: Impossible” project has not postponed manufacturing since the incident and is on schedule to arrive in theaters May 2022.

The veteran stuntman also made headlines recently by coming back his three Golden Globes trophies among mounting criticism of the Hollywood Foreign Press Assn., which organizes the star-studded awards show. Cruise won Golden Globes for his shows in “Born on the Fourth of July, ” “Jerry Maguire” and “Magnolia. ”

On Monday, NBC announced it would not broadcast the annual wedding ceremony next year following a watershed Times investigation that exposed wide-spread corruption within the HFPA — which, as of February, incorporated no Black members.

“We continue to believe that the HFPA is usually committed to meaningful reform, ” the network said in a statement.

“However, change of this magnitude takes time and work, and we feel strongly that the HFPA needs time for you to do it right. As such, NBC wont air the 2022 Golden Globes. Assuming the organization executes on its plan, we are hopeful we will be in a position to air the show in January 2023. ”

Revelations from The Times’ reporting also cast a shadow on this year’s telecast, during which the HFPA vowed to diversify its membership.

“Tonight, while we celebrate the work of artists from around the globe, we recognize we have our own work to do, ” said Helen Hoehne, the HFPA’s vice president, in February.

“Just like in film and television, representation is vital. We must have Black journalists in our organization. ”