Oscars 2021: What worked, what didn’t and what’s following 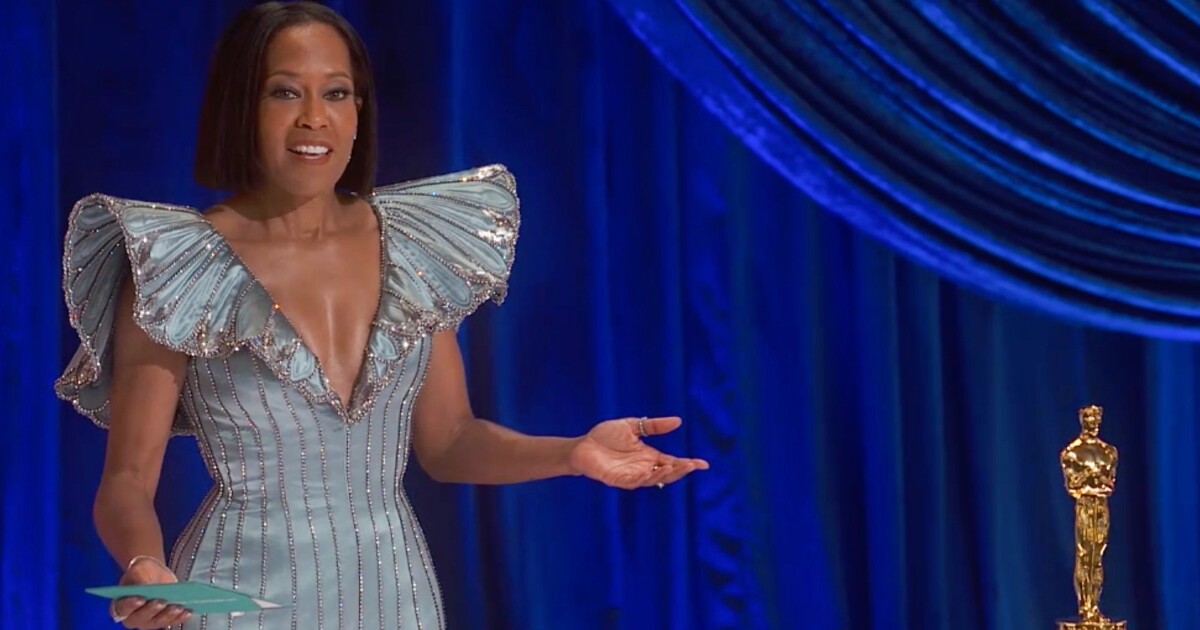 The never-ending awards season ended Sunday — abruptly. It was as if Joaquin Phoenix was because exhausted as the rest of all of us when he shuffled from the stage at the end of the 93rd Oscars, having mumbled that Anthony Hopkins won direct actor. He didn’t explain that the 83-year-old actor wasn’t even there because he was with his father’s grave within Wales , reciting Dylan Thomas. Which… all things considered… stands as a justifiable excuse. To tell the truth, there were moments Sunday evening when being at a cemetery would have felt preferable to watching the strange brew Steven Soderbergh and his fellow makers served up.

The Oscars would be the Oscars and the show may defeat even the best as well as the bravest. Still, as expected, Soderbergh and fellow producers Stacey Sher and Jesse Collins shook things up. Which adjustments should stick and which of them should be forgotten? Let’s very clear our throats (and the minds) with a guttural wolf howl and dive in!

Changing up the show order. Chadwick Boseman was a lock to win a posthumous Oscar. Or so the, ahem, experts proclaimed . So you can understand the impulse to end the show for the first time in nearly a half-century, not with the best picture presentation using a moving tribute towards the late, great actor. But the decision to rearrange the particular show’s running order backfired when in a surprise, Hopkins won, and Phoenix, unsuspecting and uninvolved, didn’t know what to do with the moment. (It’s annually later and we’re still paying for Phoenix winning for the godawful “Joker. ”)

I understand Soderbergh not having a contingency plan. He’s a director and has godlike confidence to exert control of any situation. But Collins and Sher should have recognized better and had a contingency plan and at least implemented another general Oscar tradition, having the prior year’s celebrity winner present the actor or actress honor. Renée Zellweger would have likely made us feel a little better or at least, much less unsettled.

Still no host. And that’s most likely fine unless next year’s producers can convince anyone to take on this thankless job. For instance, Regina King might have made a terrific choice this season, judging from the way the girl expertly handled the choreographed opening red carpet energy walk and the ceremony’s first couple of Oscar presentations. Also: Aquiring a host helps when details go wrong. Jimmy Kimmel helped even over the botched best picture fiasco four years ago. Maybe he — or someone with an improv background — could have made a little music out of last night’s unfortunate trombone of an ending.

Dispensing with all the clips of nominees. This year’s Oscars needed to remind people regarding the magic of movies plus their cultural relevance. Instead, the producers decided to say goodbye to showing clips, save for your feature categories. It’s nearly as if they decided, “Well… nobody watched these films this past year, so why bother? ” Cheesy montages are never a very important thing, but it’s strange that will Soderbergh couldn’t have reduce together a masterful homage to all the great work this year, including Boseman in “Ma Rainey’s Black Bottom. ” They even botched the particular In Memoriam segment, operating it at a breakneck velocity that made it all but worthless. Give us a moment to reflect, please.

Personalizing the nominees. Basically, the order of the day was, inform, don’t show. Words instead of visuals. Again, an odd choice for a ceremony that is supposed to celebrate a visible art form. Introducing the candidates by offering little tidbits about their love with regard to movies had its necklaces. I did not know, for instance, that Aaron Sorkin’s initial movie job was selling popcorn. (Did he perform a walk and talk with customers to their seats, filling all of them in on the ideal butter-to-salt ratio he used? ) But again, this is the motion picture business. Stop with the yakking.

Shifting the music to the pre-show. Look, we’ve sat through performances of awful Oscar-nominated songs through the years. Plus, no, “Purple Rain” was not nominated for original music, and, yes, Andra Time was correct in observing that “that’s some bull—. ”

But if a person tuned in early Sunday evening and saw Molly Sandén singing “Húsavík” with a children’s choir in the actual Húsavík, Iceland, you saw… nicely, the collective power of adorable kids wearing Fair Isle sweaters, but also exactly how wonderful a good song efficiency can be. As we witnessed within teaser trailers during the show, next year we’re going to have got Steven Spielberg’s “West Part Story” and Lin-Manuel Miranda’s “In the Heights. ” Bring back the song… plus dance — at least for any year. Then if that will lands with a thud, we’ll be here again to tell you ways you got it wrong.