Review: Don’t call the police, but ‘Every Breath You Take’ is a crime against thrillers 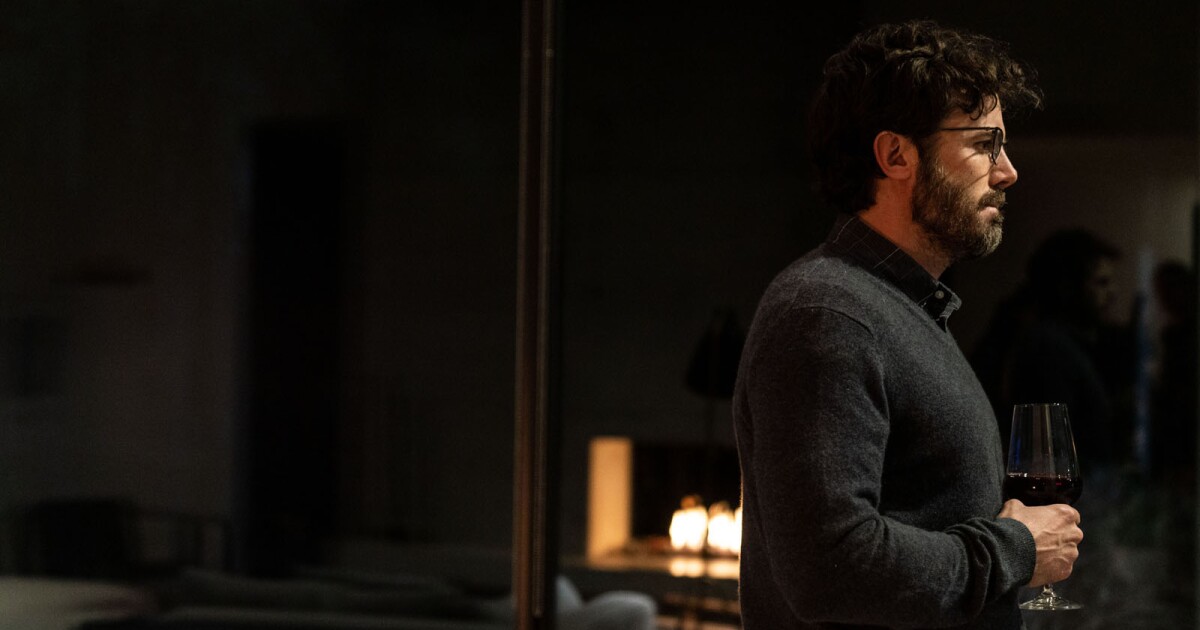 The Times is committed to reviewing theatrical film releases during the COVID-19 pandemic. Because moviegoing carries risks during this time, we remind readers to follow health and safety guidelines as outlined by the Centers for Disease Control and Prevention and local health officials.

While watching “Every Breath You Take,” a domestic potboiler with a story ripped straight from a Lifetime movie, there’s really only one question (aside from some of the more egregious plot holes): How did Oscar winner Casey Affleck become involved in this project? The debut of screenwriter David Murray, “Every Breath You Take” is directed by Vaughn Stein, whose last outing, the prestige-schlock flick “Inheritance” starring Lily Collins, follows the same blueprint as this family thriller: A-list actors and the sheen of big budget production values applied to a pulpy, B-movie plot.

German actress Veronica Ferres serves as a producer on the film, and she costars as the concerned boss of Phillip (Affleck), which is probably why this otherwise minor role becomes so integral. Phillip is a psychologist, a bookish, quiet man married to Grace (Michelle Monaghan) and father to Lucy (India Eisley). As the film opens, the family mourns the loss of Grace and Phillip’s son, killed in a car accident. Unable to connect with his wife and daughter over this unspeakable loss, Phillip throws himself into his work, especially the treatment of a troubled young woman, Daphne (Emily Alyn Lind), with whom he takes a nontraditional approach, sharing his own struggles to get her to open up.

When Daphne turns up dead of an apparent suicide, her brother James (Sam Claflin) turns up on Phillip’s doorstep. Sent to school in England at a young age, the prodigal son and self-proclaimed unsuccessful novelist has returned to the dreary Pacific Northwest because an agent is interested in his writing. Now, he finds himself packing up his sister’s home. Phillip and Grace invite the seemingly bashful James to dinner, which, as it turns out, is a bit like asking a vampire to cross your threshold. Almost immediately, it’s obvious that James’ intentions are sinister, if a bit vague, as he begins showing up at Lucy’s school and Grace’s real estate showings, ingratiating himself into their lives, and ultimately, secretly seducing both.

Michael Merriman’s cinematography is sleek and sophisticated, rendered in a cold palette of icy blues and grays appropriate to the setting. The score of whining strings, composed by Marlon Espino, does the heavy lifting when the script does not, acting as a warning siren of sorts when it comes to James. Clues as to James’ identity are not threaded throughout, but merely dumped in a baffling climactic reveal. That the audience isn’t brought in on unraveling this mystery is deeply unsatisfying.

Affleck is in his element as a grieving father unable to access his emotions, pushing away his wife and daughter. Phillip’s sorrow permeates the atmosphere, as James drives a wedge into his already cracked family unit. Claflin is a fascinating actor too. One never knows if he’s sinister or sincere, and he’s skilled in his ability to slide between the two modes, turning them on and off as he manipulates the women around him. But the script conceals too much of his character, and it doesn’t offer anything psychologically rich or complex for either actor to work with. Every character is merely a stereotype or symbol not a fully fleshed out person.

Indeed, one has to wonder what the actors, including Monaghan, are doing in this flimsily written psychological thriller. Perhaps, however, that question isn’t even worth the speculation.

‘Every Breath You Take’

Rated: R, for some violence and language, and brief sexuality

Playing: In limited release where theaters are open; also available on VOD