Evaluation: For his return to the films he chose ‘State Funeral service, ‘ one that has every thing 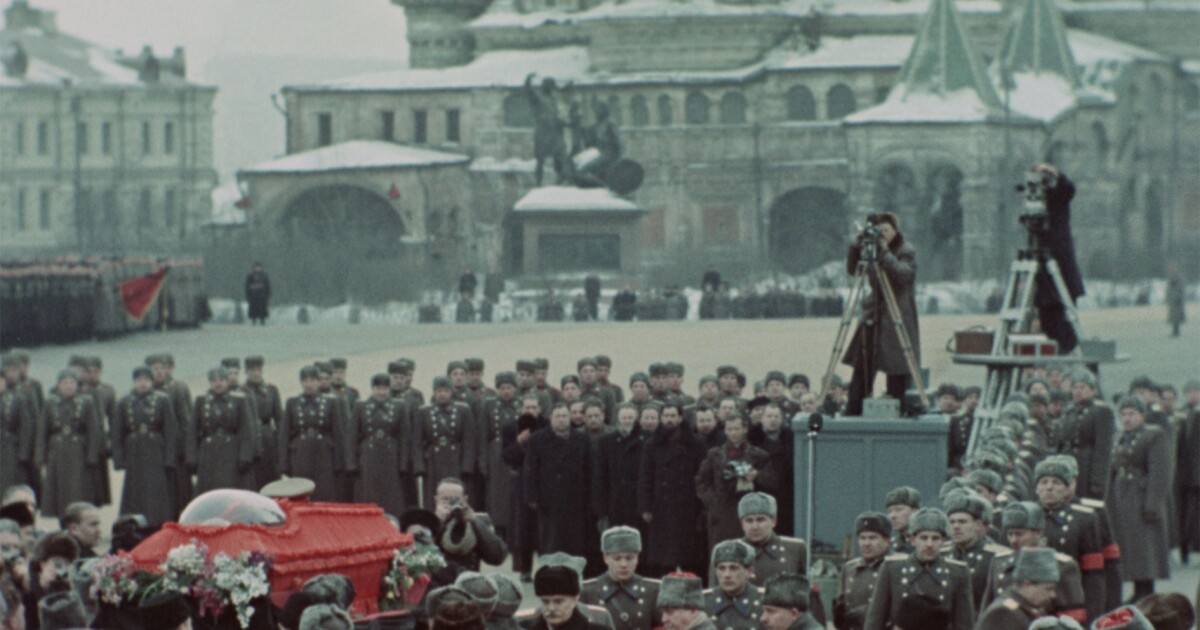 Recently, I went to my first film in a theater in 14 months. As the opportunity to patronize cinemas in person again offered itself to this vaccinated cinephile — we’re the ones who seem to see the light of a pandemic’s end as the chance to go back into the dark — I hadn’t really considered what movie would constitute my very own return engagement. To tag that absence with the ideal choice started to feel like something which should be carefully considered.

Did I want something classic or new? Nonfiction or fantasy? Overblown and insipid, or human-sized plus emotional? Weird and disorienting, or focused on craft and detail? Star-driven, or anchored by unknowns? A product of a system or the work of an independent voice? Something individual, or political?

One movie, it turned out, acquired it all: “State Funeral. ”

Using amazing found footage — color and black-and-white — through 200 Soviet cameramen capturing the aftermath of Josef Stalin’s death in 1953, Ukrainian director Sergei Loznitsa’s clinical and fascinating 135-minute assembly of this priceless archive is a categorically weird, thrillingly immersive distillation of 4 days of official, cultish pomp and mourning for one from the 20th century’s biggest creatures. Industry stopped. Millions reached Moscow. One leader’s passing away cast a pall over everything.

To be slipped, time machine-style, into an entire world power’s solemn closing of a grim chapter was, on one level, a theme-adjacent choice of movie, for sure. But it was never going to be some proxy for delayed pandemic grief — this was the funeral for a dictator whose evils across decades can be uncountable. (Death toll estimates range, but they’re normally in the many millions. ) Settling into my chair, I assumed I’d end up being caught up in the arch theatricality of it all as some wild, beyond-my-grasp distraction.

Loznitsa doesn’t provide context, regardless. He wants you to experience this restored record being an in-the-moment reality, nation-sized however up close — the final accomplishment of a tyrant. We hear the tragedy-pitched, medically comprehensive announcements of his loss of life from loudspeakers across the Soviet Union. We see people today lined up at kiosks to read the news. Dignitaries from USSR-friendly nations arrive at the airport terminal. An endless procession of people document through Pillar Hall at home of the Unions to view Comrade Stalin’s displayed body, and the funeral marches toward the Mausoleum in Crimson Square for the interment, as well as the Politburo leadership give lionizing eulogies to the freezing masses. The number of huge wreaths — heavy enough to need many carriers — plus floral arrangements is remarkable.

But as I took it in, I actually realized what this enchanting display was what I required after a year marked by death, disinformation and demagoguery: an anti-catharsis, history made palpable, a record of what quite a few leaders still crave. Within the loony seriousness of it just about all, “State Funeral” isn’t spectator sport — it makes us active observers of a scary machinery, something to file aside. (Armando Iannucci fed the taste for more pointed absurdism, anyway, with his fantastically comedic version of the behind-the-scenes infighting at that time, “The Death of Stalin” ).

Mainly, I found myself awed by the sheer number of faces we all get to see parading past his coffin — workers, army, functionaries. Who was performing? Who also believed? I was driven in order to scrutinize each one for some kernel of truth. Is that woman crying for the future of the girl country? Was that stricken-looking knight newly terrified, or just unhappy? Was that blank-faced man somebody too hollowed out to care and attention? Or nervous?

After seeing “State Memorial service, ” I was mysteriously woozy the rest of the day, as if I’d been drugged. But the jolted equilibrium also appeared a fitting physiological reaction after so bizarre the march of grief, energy and numbing spectacle, plus following a year when we’ve all had to learn how to take care of devastation. Maybe Loznitsa would certainly find that the best response to his patient supercut of authoritarian pageantry.

In Russian with English subtitles