Evaluation: ‘Gunda’ proves to be a wordlessly sublime slice of porcine life down on the plantation 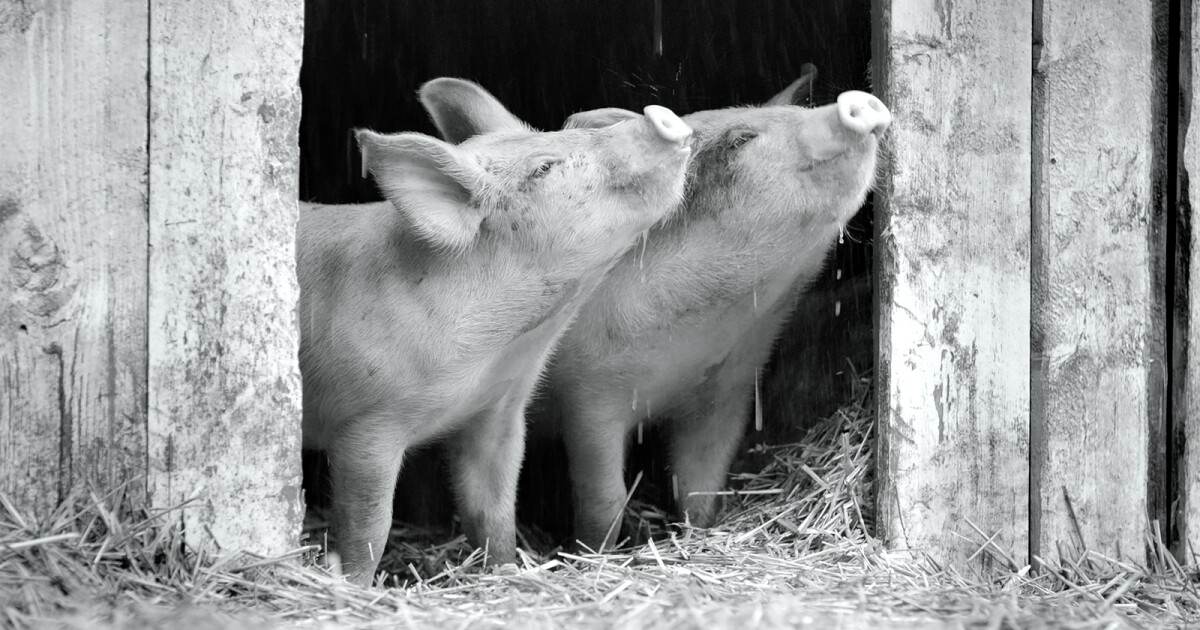 The Times is committed to reviewing theatrical film releases during the COVID-19 pandemic . Because moviegoing carries risks during this time, we all remind readers to follow health and safety guidelines as outlined by the Centers for Disease Control plus Prevention and local health officials .

If it has felt to you, these past months, such as life has become very small plus circumscribed, the most relatable movie character of 2021 might not be a person, but a pig. “Gunda, ” the superstar of Victor Kossakovsky’s gorgeous, wordless, black-and-white documentary, is a put-upon mother, an exhausted caregiver, an impatient teacher, as well as a sow. And though she is, like so many of us, confined in order to quarters, she is our unsuspecting access to 93 minutes associated with sedate yet spectacular, snout-level action that can only become described as the porcine classy.

As a farmyard pig who has just a new litter, Gunda has a tag through her ear and also a hungry, needy little mouth clamped to every teat. The girl offspring, so newborn they will don’t yet seem to know where they end plus their mother, each other and the world begins, scramble blindly over one another to get at the girl milk. Eventually, sated, they will pile up into one drowsy, cozy snowdrift of white piglet. No human has intervened, and none shall be a lot as glimpsed throughout. Yet evidence of human interference and domestication abounds, in the labeled ear, the wire fencing, the loose slats of Gunda’s shelter, and, ominously, the grinding gears plus dirt-clotted treads of several heavy farm machinery. Beneath the birdsong and the buzzing of insects — Alexandr Dudarev’s soundscape is an irreplaceable section of the film’s immersive, almost Sensurround effect — there is the rumble of far-off traffic.

Already during the lengthy opening, we’re met with the compelling contrast in Kossakovsky’s approach — between the minutely patient watchfulness of their and co-DP Egil Håskjold Larsen’s camera and the sensation of erratic, unpredictable existence teeming and humming all over. The high-contrast, hyperreal monochrome images are strikingly, almost impossibly formal at times, and Gunda herself can work the rim-light halo better than Marlene Dietrich . But sound and movement and dappled sunlight also masses the frame, giving however, noblest portrait of this stoic matriarch a vivid impulsiveness. Like Gunda, who knows most way of being, “Gunda” hails from the passing moment.

The piglets grow bigger as months go by. Sometimes they are inside the shed — mama likes to nap along with her snout sticking with the doorway, sniffing the sunshine. Sometimes they are out in the lawn roughhousing or rootling through the underbrush in a nearby field, while Gunda has a little me-time wallow, in dirt that turns her bristly, pale flank dark plus slick as a hippo’s. One particular particularly eventful day views a piglet get lost in a pile of straw, simply to eventually find its solution, and no offense to George Bernard Shaw , but the maxim there can be no drama with out conflict has never felt more false. “Gunda” is full of little stories like this, conflict-free but uncannily engrossing in any case.

There are assisting characters too, who from time to time upstage their top-billed costars. An intrepid, one-legged rooster overcomes its disability as well as the obstacle of a fallen sign, and is rewarded with the film’s most overtly heroic photo as it pivots delicately, like a ballerina en pointe, presented by a dead tree that arches overhead like a proscenium. A herd of polished Friesian cattle canters in majestic slow motion out of a barn into a misty morning field. Later, in the midday heat, the cows stand in top-to-tail pairs helpfully swishing the annoyance flies off each others’ faces — once you observe and realize this fine detail it is, again, oddly thrilling. Perhaps conflict is only necessary for human dramatics; for animals, to be alive is performance enough.

Certainly Gunda’s days, though they are mostly spent suckling, snoozing or snuffling, seem full to bursting with the business of having on with things, punctuated with periods of very lazy contentment or high humor. There’s something inherently amusing about a high-stepping chicken fastidiously shaking a claw free from twigs. And Gunda searching on while, primly out of focus in the foreground, one of her piglets forcefully urinates — for a comically long time for so little a creature — is as pure an impromptu sight gag as you’ll find.

The chickens never meet the pigs. The pigs never meet the cows. The elegance of Kossakovsky’s construction of this little world conceals the fact that he shot it on several farms in Norway, Britain and Spain. But to know this as well as other secrets of the film’s production — like that the dappled light effect comes courtesy of a mirror ball, or that those intimate interior shots required the construction of a camera-rig-friendly version of Gunda’s little domain — cannot detract from its achievement. Kossakovsky, who did much the same thing with his last film, “Aquarela, ” only on a scale as massive as “Gunda” is minute, has already established to invent a new kind of cinematic language to describe animals and their interior lives without having them interact with humans and without ascribing human traits and emotions to them. And the shimmering result is that we feel empathy for Gunda not because she is like us, perhaps not because she looks happy or sad or Insta-ready or occasionally a bit like Larry David just before the “Curb” music plays, but because we are like her. We don’t need to map Gunda’s reactions onto the planes of the human experience, because we can see that our true natures, so deeply buried beneath layers of socialization, civilization and sophistication, spring from exactly the same, animal place as hers. Kossakovsky doesn’t anthropomorphize the animals; if anything, that he zoomorphizes us.

This wholesale invention of a new, glisteningly real way of looking at the animal world manufacturers “Gunda, ” which is system produced by noted vegan Joaquin Phoenix , much more than a manifesto designed for vegetarianism, although the plaintive, prominent ending can certainly be leveraged for it agenda. Beyond its am impressed by as a meditation on chicken captivity and cruelty, as well as implicit insistence on an moral reevaluation of our relationship for you to livestock, this is a film your pays attention to things we’ve long neglected and to in-between interludes we have forgotten how to see. There can be a clásico power in the round, surprised eye of a chicken, and as well as there can be drama in the darting tongue of a piglet getting hung up raindrops during a shower; just our empty moments — and there have been so many of the recently — can be full of life.

Grinding: Starts September 16, The Landmark, To the west L. A.; Laemmle Doll house 7, Pasadena; and in finite release where theaters actually are open