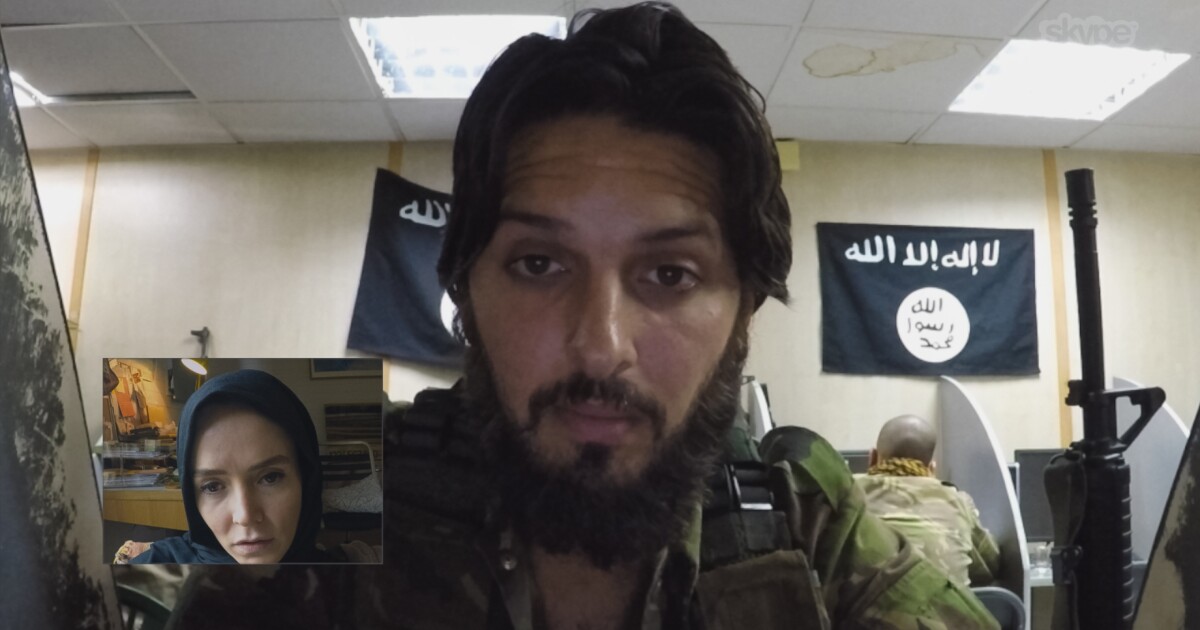 The Los Angeles Moments is committed to reviewing brand new theatrical film releases during the COVID-19 outbreak . Because moviegoing bears inherent risks during this time, we all remind readers to follow health and safety guidelines as outlined by the CDC and local wellness officials. We will continue to take note the various ways readers can see each new film, including drive-in theaters in the Southland and VOD/streaming options when available.

“Profile, ” based on a journalist’s undercover investigation of an Islamic State recruiter, is innovative, well-acted and one of the most anxious movies of the year so far.

British investigative reporter Amy Whittaker (Valene Kane) is writing about the phenomenon of European women and girls getting recruited to join Islamic Condition . She crafts the fake Facebook profile because “Melody Nelson, ” a 19-year-old recent convert in order to Islam, and shares the jihadist’s video. With challenging suddenness, he makes connection with her. What follows is an progressively taut game of deceptiveness with life-or-death stakes as the recruiter , Abu Bilel Al-Britani (Shazad Latif), insists on movie chatting with her and digs into her background more than dozens of daily conversations — and the lines between expert and personal blur.

“Profile” is based on the nonfiction book “In the Skin of a Jihadist” by a French reporter who in fact did this ; a good amount of dialogue comes verbatim from her account.

Director and co-writer Timur Bekmambetov (the “Night Watch” trilogy) uses what is being called the “screenlife format”: We see only what exactly is shown on Amy’s computer screen, as in “Searching” or “Unfriended, ” which he also produced. Rather than playing as being a gimmick, it increases stress as Amy conducts in-character Skype sessions with Bilel while getting calls and notifications from friends, colleagues plus her boyfriend. Things get particularly hairy when Bilel demands she share her screen with him.

The screenlife format traps the viewer in Amy’s predicament. There’s no exit, no God’s-eye view. It’s akin to effective use of an extended unbroken take: You’re trapped in the protagonist’s experience. The choice even reveals character, as the speed with which Amy rejects calls betrays stress and the way she grabs needed information or learns processes on the fly displays intelligence. Even the hesitance with which she types, then deletes, messages conveys emotion.

The acting by the two leads is very good. Apart from playing their sides of the game, they have to convince us that a sophisticated, intelligent English journalist could possibly be swayed and perhaps seduced by way of a homicidal terrorist. Amy is well aware of what really happens to these girls ; she’s seen the notorious videos and studied the organization. The actors pull off the magic trick of making her wavering seem credible.

Latif has got to be charming, smart and believable as an enthusiastic romancer who happens to be a deadly zealot. He pulls it off. His rare moments of venom sting all the more bitterly as a result of all the honey he has poured in her ear.

It’s with impressive skill that Kane executes her emotional and intellectual high-wire act. Her performance is layered, complex, reactive. We sense her panic when things happen too fast. We feel her shifting gears among her editor, boyfriend or quarry-hunter. We believe it when she starts to feel something for Bilel and cringe when she starts to slip up.

“Profile” works on several levels — as a cinematic feat, dual character study, gripping thriller … and as a cautionary tale.

Rated: R, for language throughout and some disturbing images

Playing: Starts May 14 generally speaking release where theaters are open