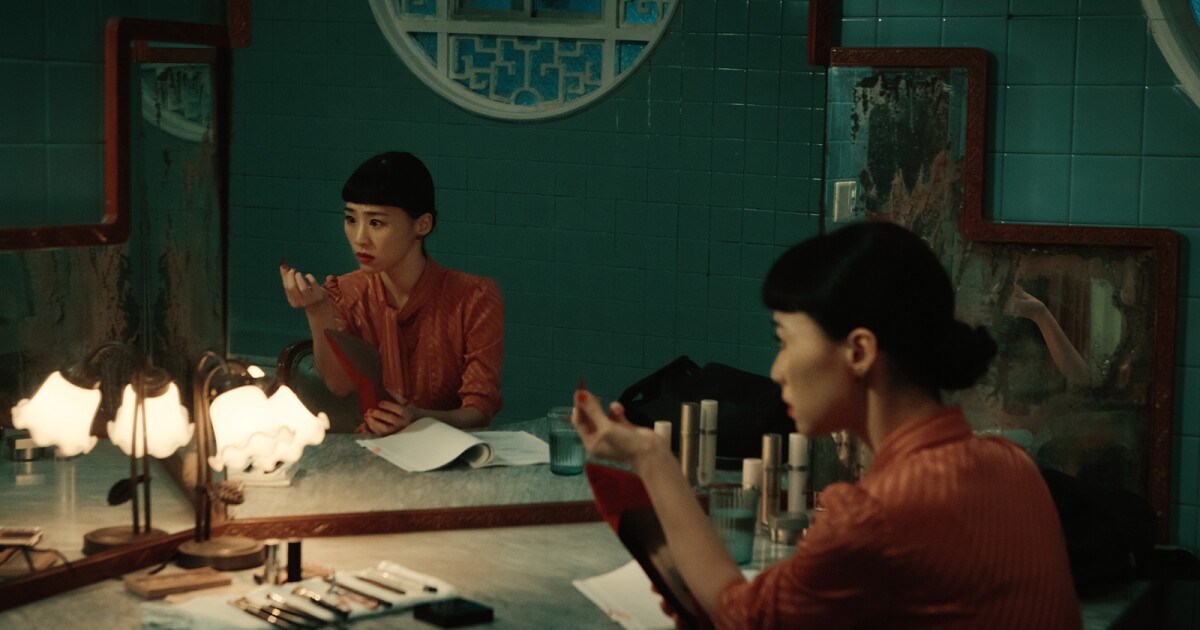 “Is nudity necessary in the story or is it just to make a sensation?”

This deliberate rumination meets us only scenes into the newest film from Taiwanese director Midi Z, “Nina Wu.” It is spoken to the titular Nina (Wu Ke-Xi), a Taipei-based livestreamer and aspiring actress who is hesitant to consider a role that seems to promise success but also involves full-frontal nudity. Her agent, one of the many manipulative male characters we meet throughout the film who rely on similarly transparent arguments in favor of supposed artistry or authenticity, is in the midst of attempting to assuage her reluctance. For director Midi, however, this act of meta-discourse also appears to underscore the film’s central thesis.

His psychological thriller roots its movements of narrative destabilization within Nina’s experience of violence and gendered subjugation. We witness her sexual assault, her abusive mistreatment at the hands of a male director whose distorted idea of onscreen intensity is that it must be inextricable from real-life mistreatment. We live also within her psyche — what begin as almost surrealistic visual tics escalate into deeply internal worlds that fully envelop both us and Nina as we are effectively integrated into her worsening psychological state.

Wu, who also serves as co-writer, is astonishing in her dexterity and ability to evoke the confrontational as certainly as the desolate. “They’re not only destroying my body but my soul,” she repeats throughout “Nina Wu,” a line from the film-within-a-film that serves a dual purpose here as an indictment expressed with such increasing urgency that it transfigures under the weight of its livedness.

Midi here does not parallel the male gaze that we see Nina experience in multitudes; instead, he bears sympathetic, critical witness to the abuses that she is made to endure as well as the intense decline of her mental stability that it undoubtedly initiates. The concessions that Nina is expected to make as a woman beholden to the desires and abuses of men are here made internal as we witness her mind attempt to navigate the reality of the trauma she has endured.

Truth and delusion intermingle within this space, materializing not as spectacle or doubt, but rather as an embodied, if not literalized, study of the ways in which women attempt to intellectually and emotionally make sense of their experiences of exploitation.

In Taiwanese Mandarin with English subtitles